Steven has Increased My Passion 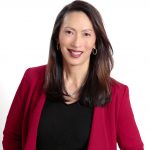 Steven is a passionate, bold leader who inspires others.  He was the pastor of my church for several years. I was blessed by his fresh, pragmatic teaching as well as his genuine engagement with me personally. His business experience has given him unique perspectives on how to integrate faith with work. Working with him has significantly increased my understanding of vocational stewardship and my passion for sharing the profound significance of work with others.

I’m constantly impressed with his wisdom and insight into my work and personal life. 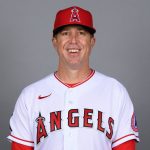 Steven is an outstanding listener. Talking with Steven, I feel known and cared for. He possesses a terrific feel for people and relationships and has an ability to simplify their complexities. He can articulate clear plans that help me get from where I am to where I want to be. I’m constantly impressed with his wisdom and insight that help me in both my work and in my personal life.

Steven’s “Vision, Plan, and Fuel” process helps me to make sure that I’m living the life I want

Steven has a gift to listen and mentor. In all the craziness of work and life, when things become overwhelming, Steven helps me to determine what’s most important and to stay focused. His Vision, Plan, and Fuel process helps me to make sure that I’m living the life I want—a life of meaning that is making a significant difference. Steven identifies and shapes what I have inside to lead, and he helps me to have grace as I pursue success. He strengthens me to grow forward with balance and commitment in every area of life. The transformation I’ve experienced also results in me making a difference in the lives of those I lead. 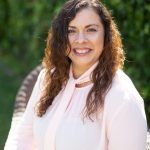 For the past two years, I have been blessed to get mentoring, coaching, and leadership support from Steven. Making the professional transition into my first Executive Director position was difficult.  He helped me to see the challenges I was facing as opportunities. His executive coaching helped me make a successful transition and gain the confidence and courage I needed to lead Generate Hope. 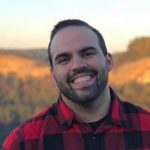 I really look forward to my coaching sessions with Steven. His pastoral wisdom and heart for LGBTQ+ people of faith have been a comfort and joy. He’s helped make my vision for my life practical and achievable. I’m more confident, more organized, and more productive because of Steven’s help.

Steven has Performance AND Character 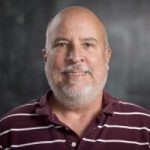 I’ve known Steven for over a dozen years. Over that time I’ve worked with him in different capacities at our church, both officially and unofficially. For the last 8 years or so, I’ve served with him on the Church Session. During those years we underwent quite a few major changes, moved geographically, changed staff, combined two congregations into one, etc., as well as dealt with a host of pastoral concerns.

I’ve gained tremendous respect for Steven. His work ethic is very high. He has shown time and time again the ability to grow – to learn from experience and put that new knowledge to use in whatever the next challenge might be. He has proven the ability to really build up a staff and not only develop them professionally, but personally as well. He has exhibited great patience in dealing with those who directly report to him as well as those to whom he was responsible.

Steven was able to not just keep the church running on a day to day basis, he was singularly responsible for casting a vision for what the church should be and how to realize that vision – a task made difficult in that he had to accomplish that working with a group of men who had other responsibilities and abilities. He was able to plot a course, setting a plan that was realistic and yet challenging, and he managed to keep us all on task.

But most of all – what I admire about Steven is his decency. He treats everyone with respect and treats everyone’s opinions with respect. Even when he disagrees with you, he seems to assume that there must be something in your opinion that he is just not getting and make every effort to understand what that might be. And he does not do that in order to ‘win’ the debate, but to really seek out a mutual understanding. He treats others as I hope I do…

I now serve as the interim Pastor of Harbor City Church (where Steven pastored before starting his coaching business). As each week goes by I am more and more impressed and thankful for the staff and current leaders that he trained and assembled. I also serve as a coach/consultant for pastors and churches, and I have seen very few church staffs that are as qualified and dedicated as what Steven developed at Harbor City Church.

Steven acknowledges the challenges and sees the strengths I have to face them. 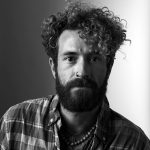 Leadership is lonely… and very often terrifying. As a queer follower of Jesus within the Christian community, the burdens of leadership can also feel suffocating. Steven has an uncanny ability to acknowledge the challenges of leadership while at the same time he sees and names the strengths I possess that uniquely equip me to face those challenges.  Through connection with Steven, I know and more confidently own the gifts, strengths and even weaknesses that I’ve been entrusted with.

Steven Knows You Before He Helps Shape You 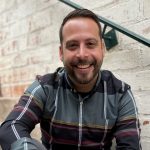 As a single, gay, celibate, executive pastor in a megachurch, I don’t always expect to be understood by others, especially conservative straight pastors. Usually, I have to give a lot of explanation about my background. Steven is one of the most encouraging and thoughtful allies I have ever met or worked with. I feel like he is truly one of us. He is a rare combination of a practical coach with tangible solutions and a sensitive understanding listener who knows how to truly know your heart before trying to help shape it. Most of all, he is a leader worth following and a role model who lives what he believes. Steven Cooper won’t just be your coach. He will change your life. 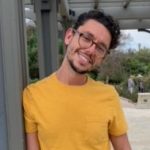 When I met Steven, I quickly knew that he really cared for me. I had just ended a three year season of sharing my story as an LGBTQ+ male who was faithfully following Jesus. I had sunk into a slump in ministry and my identity was shaken. Steven has been a shepherd during seasons in the valleys, he has coached me in reconciliation through grief and loss in church leadership, and he has been a friend in times of need. To know that someone has your back, that there is someone you can trust with your story and your future is a huge blessing in life. If you’re looking for someone to aid in turning things around in your life, look no further.

Steven Embodies what He Coaches 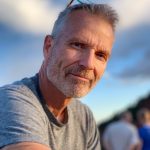 Steven Cooper strives to find the truth, understand the truth, and ultimately, be the truth in his own life. I believe these are essential characteristics of anyone wanting to help/guide others. He’s calm, direct, compassionate, insightful, asks good questions, and best of all, knows how to listen before speaking.

Are you ready to schedule a 30-minute call with me to see if we should work together? Click here.